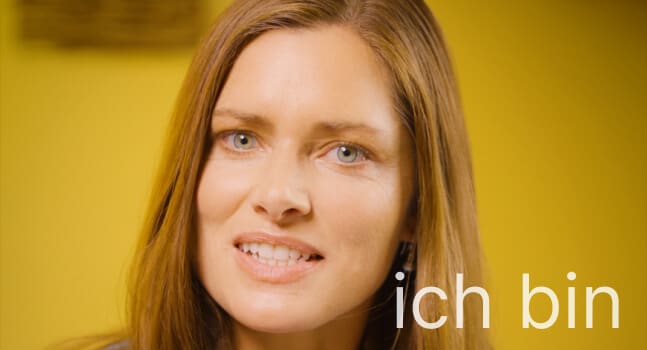 To say I am in German, use “ich bin.” You can pair ich bin with many words and phrases, in order to share all types of information about yourself. “Ich bin” is one of the best ways for a new German learner to cover lots of ground - fast.

Let’s see how to use this powerful phrase now. The phrase sounds like this:

1. Where does ich bin come from?

Ich bin, or I am, comes from the verb sein, meaning to be. Ich bin is the first-person singular conjugation of sein.

Ich means I. The verb sein is irregular, meaning its conjugations do not follow the standard patterns and must be committed to memory over time.

The verb sein is the top-used verb in German

2. What introductory details can I share using ich bin?

Just like in English, German has several ways to share the basics about yourself, such as your name and where you are from. Using “ich bin” is one of the simplest ways to share these important introductory details.

Use ich bin in these foundational ways:

3. How can I describe myself using ich bin?

The construct “I am/ich bin” in German works similarly to “I am” in English. Unlike with “I am” in Spanish, using “I am” in German does not require us to consider temporary versus permanent characteristics or the gender of the subject.

Start with ich bin, tack on an adjective, and you are good to go. The “ich bin + adjective” construct works for all types of characteristics and for speakers of any gender.

Here are some common characteristics you can share using ich bin:

Here’s a PRO TIP. If you want to negate statements like these, simply add “nicht”, meaning "not," in front of the adjective.

Take a look at the negation of the characteristics we’ve just shared: 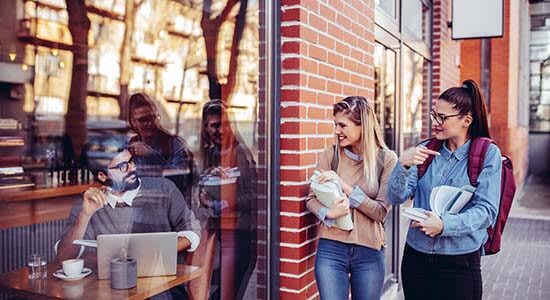 Another straightforward way to use ich bin is to add on an adverb of place to describe your current location. For example, you can tell someone – I am here, or ich bin hier.

Take a look at these locations that are easy to share using ich bin:

5. How do I pronounce ich bin?

The word ich is one of the most frequently used words in German. Ich is also one of the most mispronounced words by German learners. Here's what you need to know to conquer the pronunciation of ich bin: 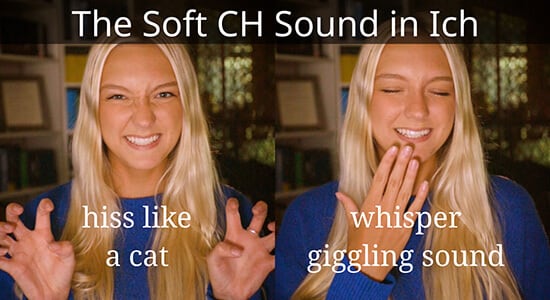 Another valuable usage of ich bin is to share what you do. This construct works differently than in English in two key ways:

Take a look at some example professions and roles: 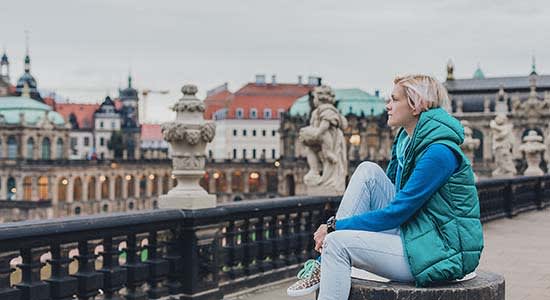 In addition to what you do, you can use ich bin to share other roles, such as your role in the family or your nationality.

7. How can I practice using ich bin?

Ich bin is a poweful phrase that can enable you to share lots of great information about yourself. Here's some great ways to grow comfortable with using this phrase:

8. What are the other conjugations of sein?

Now that you've seen how to use "ich bin" to share lots of valuable information, you can extend these same constructs to talk about other subjects.

The verb sein is just as irregular as it is frequently used. The sein conjugations look like this:

To use the various conjugations, simply remove ich bin from any of the phrases we tried above. Replace ich bin with whatever conjugation you need. When sharing a role only – remember to keep the subject’s gender in mind.